My baseball card collection began that year also.  I am happy to say I still have it, well most of it.  I gave about half away to a neighbor when I began college.  He was about 10 at the time and reminded me of myself, a huge collector of baseball cards.  I made crayon baseball drawings of many of my favorite baseball stars from those cards.  Followed by baseball stadium paintings. I was a sports artist since childhood. Baseball and my dog were my two favorite things. 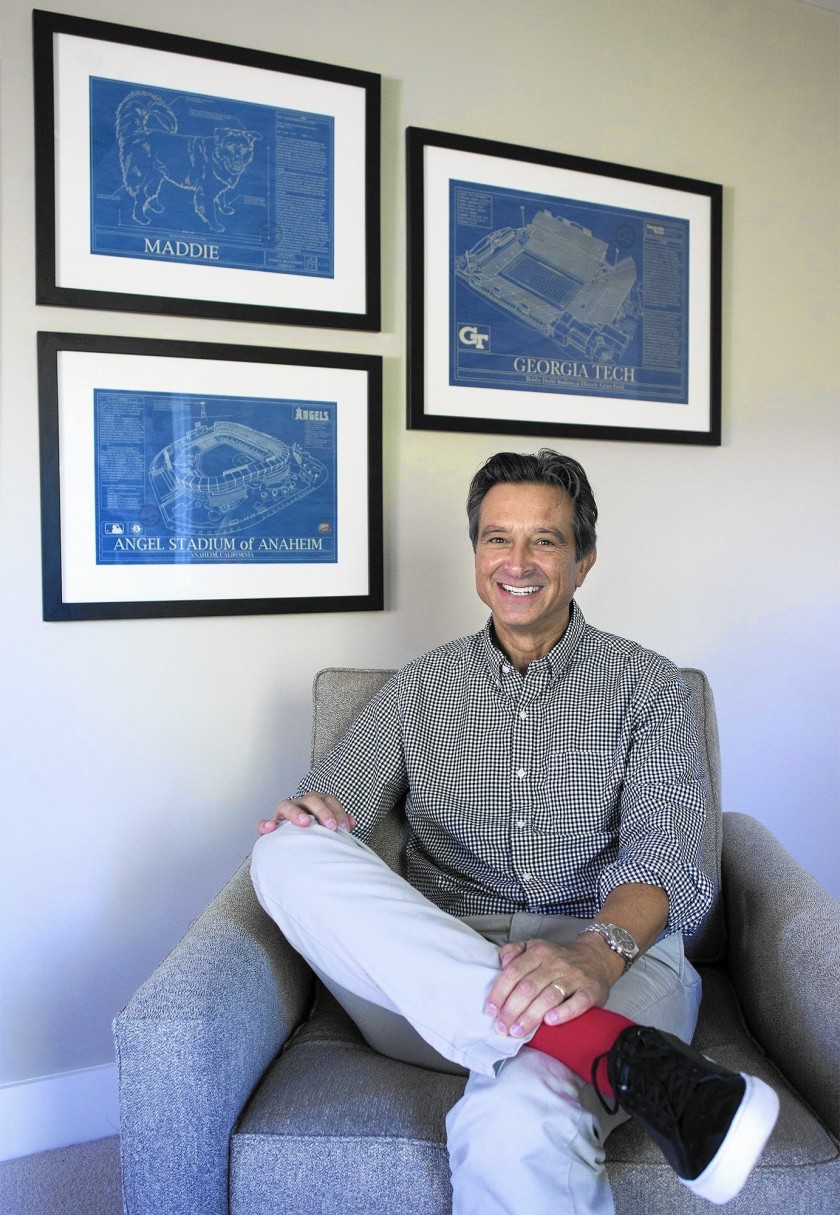 I always told everyone as a boy that I wanted to be a pro baseball player, but if that did not work out I will become an artist.  I was in high school when I knew a baseball career was not going to happen.  I was smart enough to know that if I could not hit a curveball, I probably would not play any professional baseball.  I doubled down on drawing and painting.

One of my first art projects for my 7th-grade art class was a baseball portrait of Roberto Clemente, complete with the Pittsburgh Pirate Three Rivers Stadium behind him.  I received a B, marked down one grade as I turned it in two weeks late. I was obsessed with getting the portrait and the baseball stadium drawing in the background perfectly.  After High School, I attended college for a fine art degree in illustration and graphic design.

Two years after creating my dog blueprint drawings for the Animal Blueprint Company, I decided to draw my first ballpark blueprint.  I figured that sports lovers like myself would love them and I was right.  Shortly after that, they were featured in magazines and newspapers all over the USA. Requests for more stadium blueprint art was coming in weekly. I focused on creating all the MLB stadium blueprints.  Once baseball was complete I began the pro football stadium art. The NFL stadiums were a fun project.  Now Stadium Blueprint Company has most of the NFL teams and their stadiums.

My love of baseball began when I was six.  I had been given a glove the year before and now playing catch and hitting filled my summer months.  The night before going to my first game, the St. Louis Cardinals vs the Cincinnati Reds, sleep was impossible, the excitement was too much!  I remember the grandeur of the baseball stadium, Sportsman Park in St. Louis like it was yesterday.  The stadium towered over the surrounding neighborhood.  It was filled with the sounds of fans, the smell of peanuts, and hot dogs.  The stadium architecture was amazing.  It was a classic baseball park that opened in 1902.  It would be amazing to be able to look back and see the original architectural blueprint of it.

When my son attended Georgia Tech I had to create a college stadium blueprint of Bobby Dodd Stadium.  The first of the SEC stadiums I drew was the University of Alabama, Bryant Denny Stadium.  Then I added The Big House, Michigan Stadium.  Now there are over 30 college football stadium blueprint drawings.  Over time I added college football stadiums in the conferences of the ACC, PAC 10, Big 10, and the Big 8.

A friend who was an architect made a comment while playing with my dog Maddie, that his college roommate did an architectural drawing of his dog for a class project.  I filed that idea away in my mind.  I saw an old 1950’s blueprint of a house a month later and loved how it looked.  It was made a lifetime ago and had that great vintage art look.  That is when I had the idea for Animal Blueprint Company.  I did a Labrador drawing and with the miracle of Photoshop placed it on the old blueprint. I listed all the breed characteristics in the format of a contractor’s plan….. Animal Blueprint Company was born!

March Madness is one of my favorite times of the year.  I began receiving requests to add college basketball arena blueprints a couple of years ago.  I decide to create them as if you are sitting at half court with the best seats in the house.  Little did I know that my love for animals and sports would become my art career.  Animal Blueprint Company and Stadium Blueprint Company were both created out of a passion for what I love!